Posted at 16:34h in Uncategorized by EO-admin 0 Comments
0 Likes

Entrepreneurship is a lonesome job; we’re required to hold a variety of positions and work long hours with little to no help, even if we have a business partner. Tesla CEO Elon Musk’s emotional interview with the New York Times last week, illustrates that perfectly. Musk “alternated between laughter and tears,” the pub wrote, as he described 120 hour work weeks, missed family birthdays, isolation from friends and idiosyncratic behavior.

It’s a struggle that is all too familiar to those of us who have chosen to start our own business. This summer saw the extreme toll that even the most successful entrepreneurs can face with the suicides of Kate Spade and Anthony Bourdain.

It’s why finding a tribe, a group of people you can relate to, pull energy from and give back to, is crucial.

It’s a lesson I learned from my family’s own tragedy. My uncle and mentor Edwin Juan, ran a large roofing company in Hawaii for over two decades. He inspired me to start my first business Citrus Studios. My uncle’s company was wildly successful, but he was struggling. Personal conflicts and the usual business obstacles had him under constant stress, and he didn’t have a mentor or confidant to help him work things out.
As his problems snowballed, my uncle began to feel more and more alone.

Eventually it all became too much, and in 2007, Uncle Edwin put his neck through a noose, stepped off the washing machine and hung himself in his garage. My cousin, his youngest son, found him. He had dried tears on his face.

At first, I was confused and smug. I couldn’t understand why in the world my uncle, let alone anyone else, could view suicide as the solution.

I was a young entrepreneur then. In 2008, the recession hit — and it flattened me. I learned how incredibly difficult it is to run one business in a collapsed economy, let alone three; by then, I was running Citrus Studios, Luxe Link, and The Waxing Co. I, too, began to feel stuck and alone. And for the first time, I understood what my uncle must have felt when he put the noose around his neck.

I had friends and acquaintances who were entrepreneurs, but I didn’t have a specific support group I could go to when I was struggling. It was during this battle of sorts that I started to understand why my uncle had felt so hopeless and wanted to kill himself.

I made a different decision. In 2009 I found my tribe, the Entrepreneurs’ Organization, the world’s only peer-to-peer network exclusively for entrepreneurs. I joined my local chapter — EO Los Angeles — and immediately realized how vital it was for me to be a part of a group that supported my journey.

They help me grow personally, and professionally because they share from their own personal experience. We start with where we’re challenged. But we also share successes, because both are part of this life. We call that gestalt. I have a group of other entrepreneurs — usually 8-12 people — who I can share experiences with, whether it’s working with my spouse, or raising capital for my newest start up Orange & Bergamot.

The organization is my ohana now; my family. My only regret is that I didn’t find EO earlier.

A group of experienced and optimistic supporters is essential to every entrepreneur’s progress . The right tribe uplifts those who need it, it educates and supports entrepreneurs through every moment of their journey, both internal and external. It provides its members with a feeling of belonging.

I believe that if my uncle had been a part of a tribe like EO, he would still be here today. 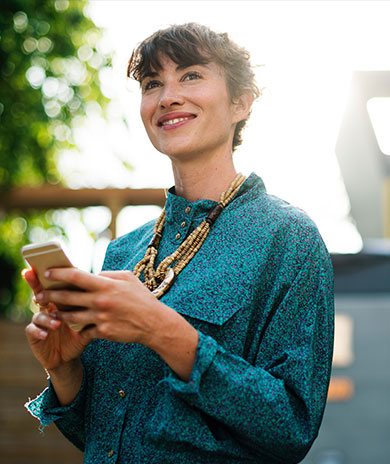